What is a VIN, and how do I read one?

What’s in a VIN? Much like your fingerprint, your vehicle’s VIN number is entirely 100% unique. A universal standard for serial numbering vehicles, camper trailers, motorcycles and powersports – no two VIN’s are exactly alike, although you’ll notice some dominating similarities. An acronym, VIN stands for Vehicle Identification Number, and with a little know-how, that serial number can be decoded with some insightful information. So without further ado… Here’s how to make the most of your VIN education!

The first step is to locate your VIN.

To locate your VIN, the easiest go-to is the Manufacturer’s label usually located in the door jamb- either on the door itself or on the pillar- the VIN is also located on the lower driver’s side of the windshield visible through a small cutout. It will be seventeen alpha-numeric characters (unless you have a vintage/classic vehcle, in which case they can be much shorter). The designers of this system have also been intelligent enough to avoid confusingly similar characters, ie. You will never see the letter O used in a VIN only the number 0, you’ll also only see the number 1 and never the letter I. 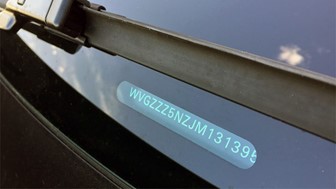 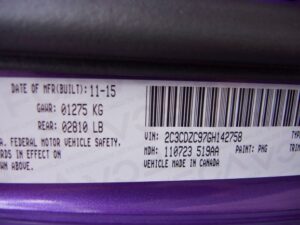 What else is in the first three characters? 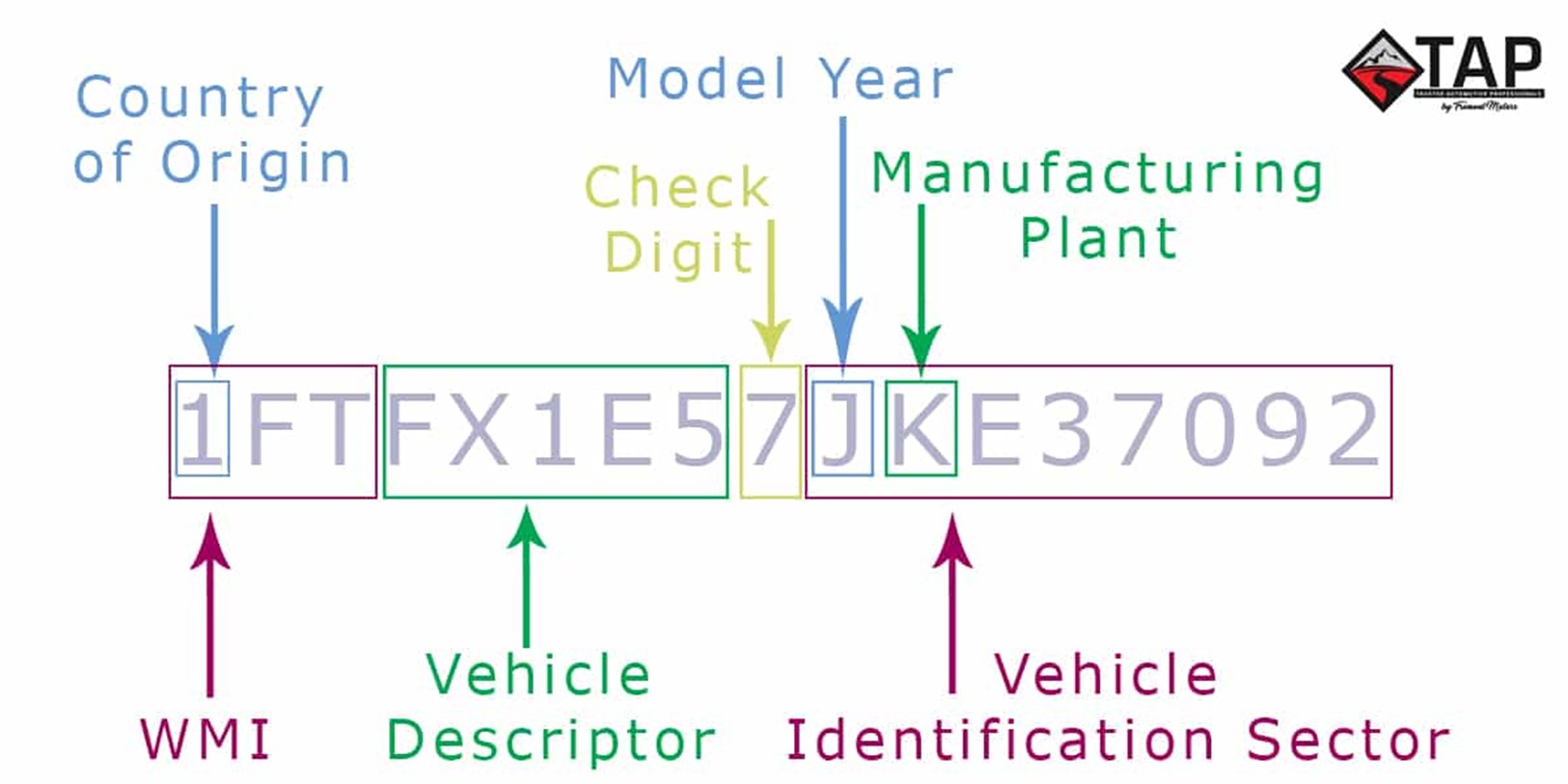 The characters in positions 4-8 are the vehicle descriptors – it will correspond to a manufacturer’s unique system for identifying information such as model, body, engine, transmission, etc… Identifying the specific matching of letters and numbers in this section, to each manufacturers’ decoding system is beyond the scope of this guide. However, there are many manufacturer specifics guides that have been published on the internet if you’re interested in decoding your specific VIN further.

The 9th digit is the check digit- This number is used by dealers to determine if a VIN is valid. Much like credit card providers have a built-in fraud prevention process, so do manufacturers.

Most commonly, many manufacturers, parts suppliers, and other industry groups will request ‘the last eight’ when helping fulfill your order. This is in reference to characters 10 through 17 and is broken down further below.

What year is it?

The tenth alpha-numeric character is perhaps the most commonly searched for in a VIN.  Count back eight places from the end of your VIN number, and that eighth from the end letter or number will tell you the model year. Note this is different from the year of manufacture, as quite often manufacturers are building a future model year in the current year, for example towards the end of the calendar year 2010 many retailers already had available for sale the ‘2011’ version of their product. 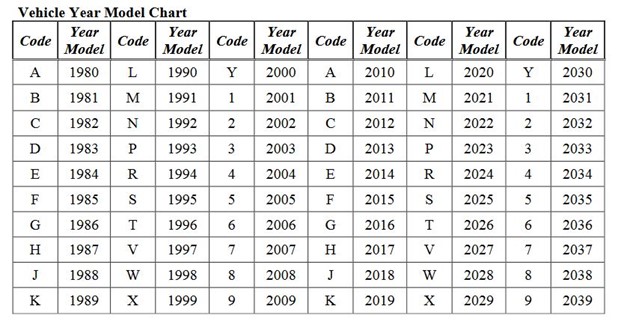 Character number 11 when counting from left to right is (typically) used to identify the assembly plant in which the vehicle was built- each manufacturer has its own set of codes.

The 12-17th numbers (or also referred to as ‘the last six’) are typically the product’s serial number- or its production number. This number is unique to each vehicle, and up to the manufacturer how they choose to sequence, although this typically increases sequentially in ascending order from first production vehicle forward. Sometimes important for collectors, luck in to the first or the last production number of a limited edition vehicle and you just may have stumbled onto something of substantial value!

Curious to have the VIN for one of our products? Feel free to ask any of our sales staff and they’ll be happy to share with you. While you’re at it, don’t hesitate to also ask for a Carfax history report unique to that VIN number, provided at no charge on all our vehicles.